It is almost wedged between two hills, those of Saint Athanasios and of Saint Demetrios respectively, almost invisible, hidden in the dense forest with Oak, Chestnut and Filira trees, Arkochori (former Arkoudochori) is standing on the paths of ancient nomadic herds which were taken to their summer grazing grasslands and on pathways that the bear would open in its path, hence the name of the village (Arkouda = Bear). The village emerges at the forefront of history in the year 1646.

It was the bone of contention between two Turkish officials who claimed ownership of this privileged land, each one for himself. Subdued for centuries to their Ottoman oppressors, the residents of Arkoudochori participated with bravery and valor in the Naoussa revolution in 1822, manning the revolutionary groups. But then came the day when the village would be completely destroyed by the Turks, ultimately paying too much for the desire for freedom. Some of the survivors would continue the fight and settle in southern Greece. Others came back and resettled in the village along with families from neighboring regions of Macedonia.

Towards the end of the 19 th century, the village was to become a feud, losing its political and economic self-reliance. Not much later, at the dawn of the 20 th century, the Macedonian Struggle would flare up.

Greek guerrilla groups would often set up their lair in the wooded area around Arkoudochori, while its inhabitants were used as drivers and soldiers. In 1910, the leaders of most families set up an unusual cooperative in order to be able to buy their village from its Turkish owner. To this end they did not hesitate to send their sons to work as immigrants in America and to raise money for the common objective. So, when in 1912 the Greek Army liberated Central Macedonia, Arkoudochori was the only mountainous great village of Naoussa. But the decades to come were not easy. The village was severely tested by successive wars, especially during the German Occupation and the Civil War. In the middle of the last century, the inhabitants travelled to Naoussa, where most of them settled permanently after 1970.

Today Arkochori is inhabited by only a few permanent residents. However, it never looks deserted. The ‘Arkoudochorites’ of Naoussa (permanent residents of Arkoudochori) continue their traditional occupations in the village, such as logging, charcoal production, livestock keeping and beekeeping.

However, since the 1950s, they have been systematically attracted by fruit-growing which is favoured by the climatic conditions and the altitude, giving mountainous products of excellent taste. In recent years, old customs such as the festival of Prophet Elias and the ‘kurbani’ of Agios Athanasios, as well as recent cultural events such as the mountain road race, concerts and summer lectures gather a large crowd in the village.

It is true that utilizing its unique location, natural environment and architectural beauty, Arkochori has become a popular destination for alternative tourism. Thus, it is  worth wandering around the picturesque narrow streets, admiring the flower-decorated courtyards of the stone-built traditional houses, quenching our thirst with the icy water springing from the stone fountains and tasting the delicious delicacies prepared by the passionate restaurant owners and the skilled cooks of the village.

And let's not just stay within the boundaries of the settlement. Because it is from Arkochori that many paths start and lead to crystal clear springs, clearings with magnificent views and sunless forests where the wolf and the bear rule. 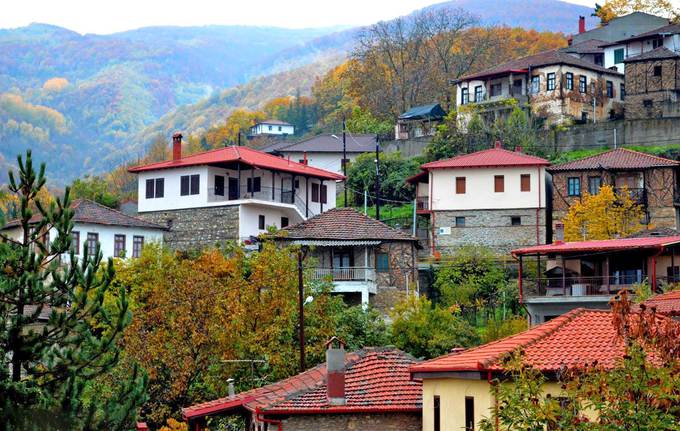 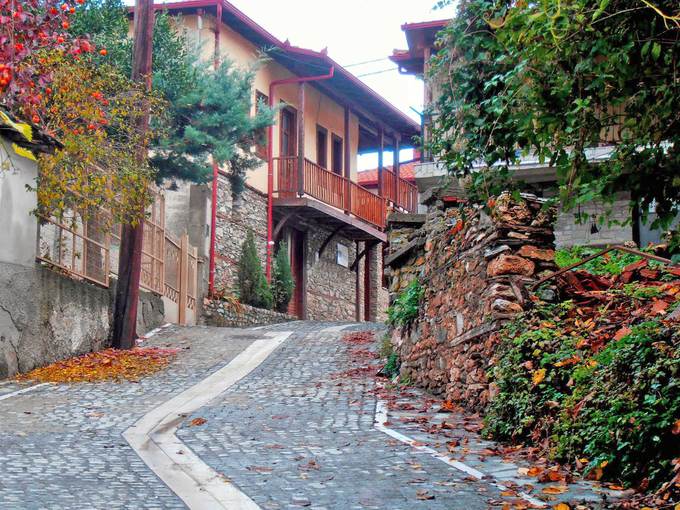 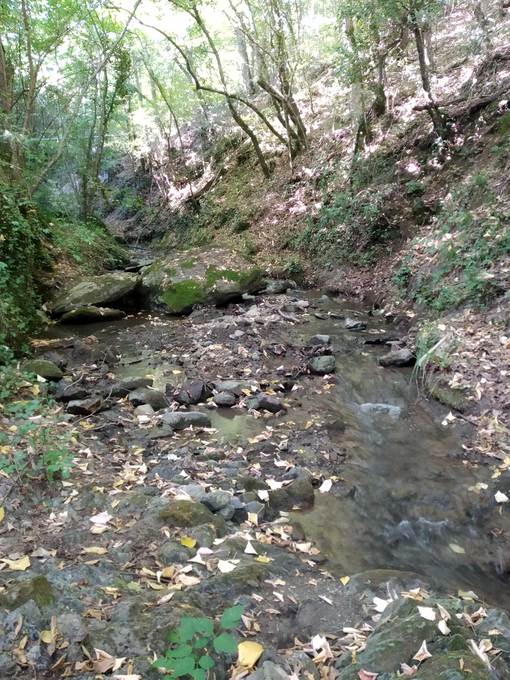 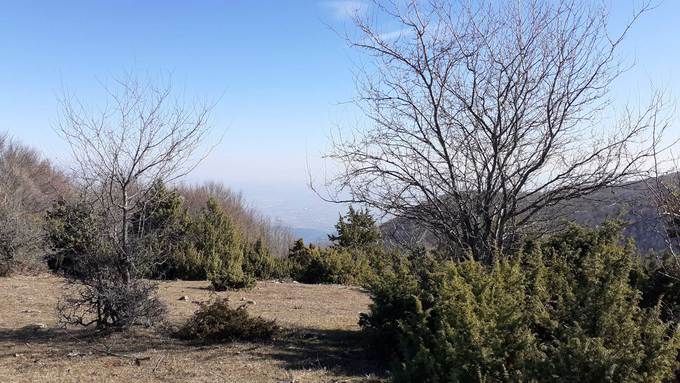 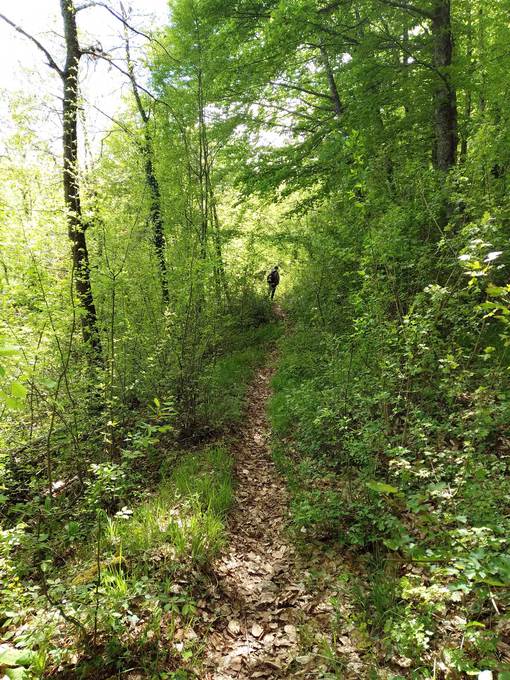 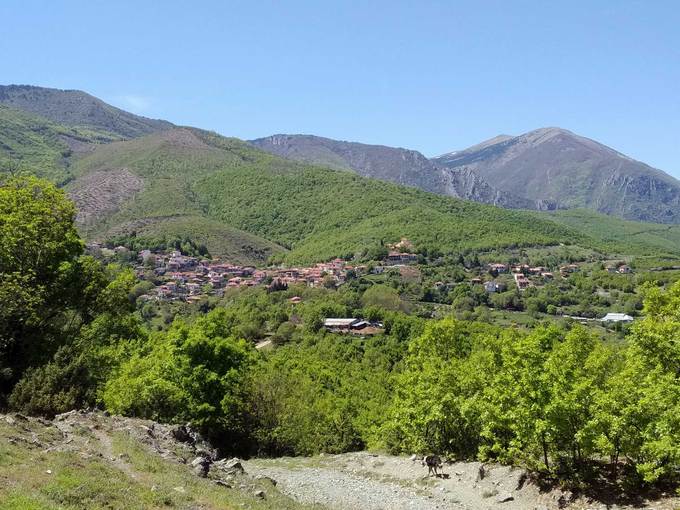 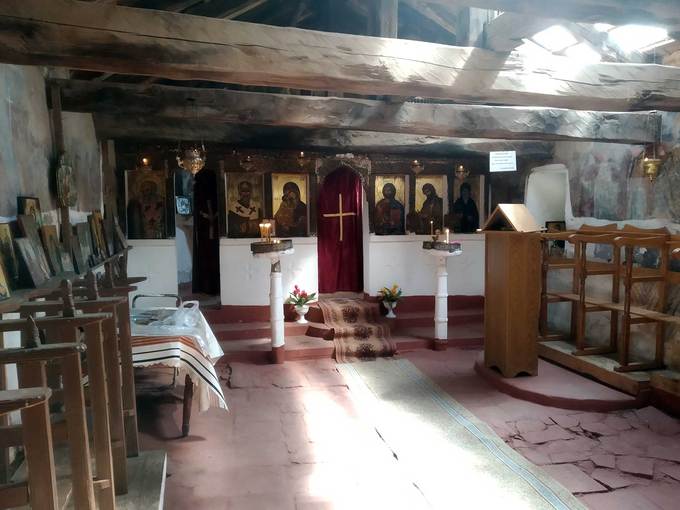 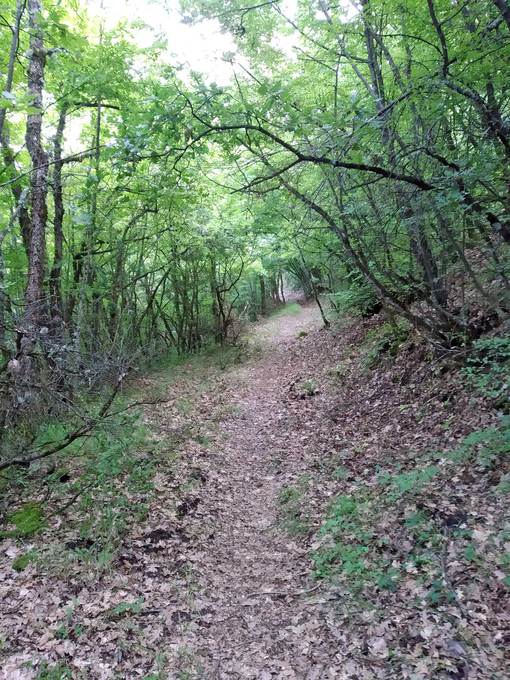